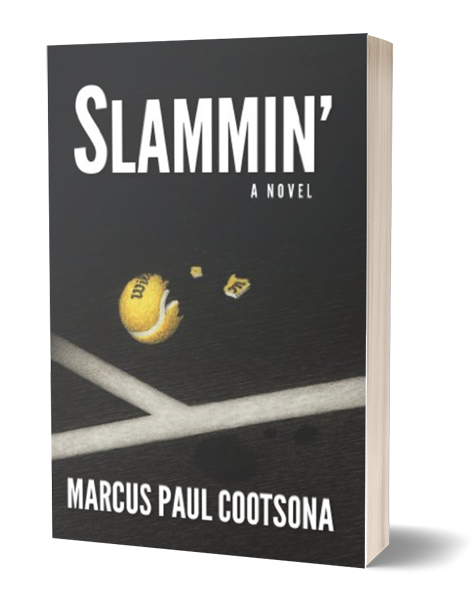 Slammin' takes place in a different 2011.

Fifty-three year-old tennis pro and family man, Wally Wilson is happily teaching Silicon Valley's millionaires and billionaires on the double-wide estate of his temptress and benefactor, 17 year-old Ashley Margincall. But when Wally's serve speed spikes and unidentified government agents appear, he begins a pro tennis odyssey that might lead him to the U.S. Open or the twisted nexus of a Grand Slam conspiracy.

Strangely blessed, but always behind the curve, Wally realizes he's been given all the power, but none of the control. 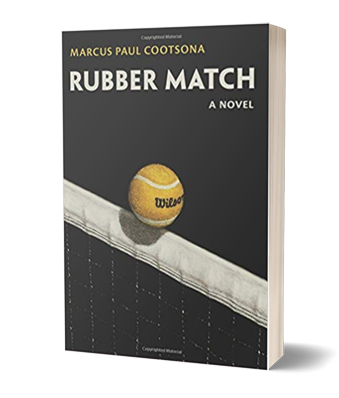 Fifty-nine year-old tennis pro, Wally Wilson just wants his life easy. A U.S. Open champion who’s been banned from the tour because of age, he’s back teaching on a private court in the Silicon Valley burbs.

No more facing down tall teens with big forehands, or his own creaky back. Instead, his days are spent telling venture lions and tech stars to watch the ball, bend their knees, and shut off their phones.